The lawn had been previously laid a number of years ago, but the client had noticed it drying out and looking poor in summer before looking relatively good again in winter. Our team suspected this was due improper ground preparation by the previous contractor and a shallow root system as a result.

Using a small self driven turf cutter the team cut away the existing
lawn, the lawn lifted very easily as there was little root system.

Once we had cleared away all remnants of the old lawn the site was rotavated to a depth of 100mm to break up the compact subsoil and aid the drainage
on site. It was clear at this point by the root content in the sub soil that this stage had not been done previously and was likely the cause of the client’s poor lawn.

The now refined soil was then raked out to achieve a flatter level and
semi compacted by foot.
0.5m³ of sandy loam topsoil, delivered by The London Topsoil Company, was then spread over the site and the teams began to work on the final levels.

Once the final levels were achieved, we installed a Core Edge Lawn Edging around the site to the customers own specification.

A pre-turf fertiliser was then  applied before Rolawn Medallion Turf was laid across the site.

Stepping stones were then cut in and laid down the LHS of the lawn to provide easy access to the rear of the garden.

We had a new lawn laid by the London Lawn Turf Co. last Saturday, 17th October in our back garden by two wonderful young men, James and Steve. They arrived promptly at 8 am and completed the job by just before lunch.

They were very professional, pleasant and most obliging. The result is that we should have a lovely new lawn (level for the first time in decades!) We are sure that it will match the quality of the front lawn, which they laid a couple of years ago. 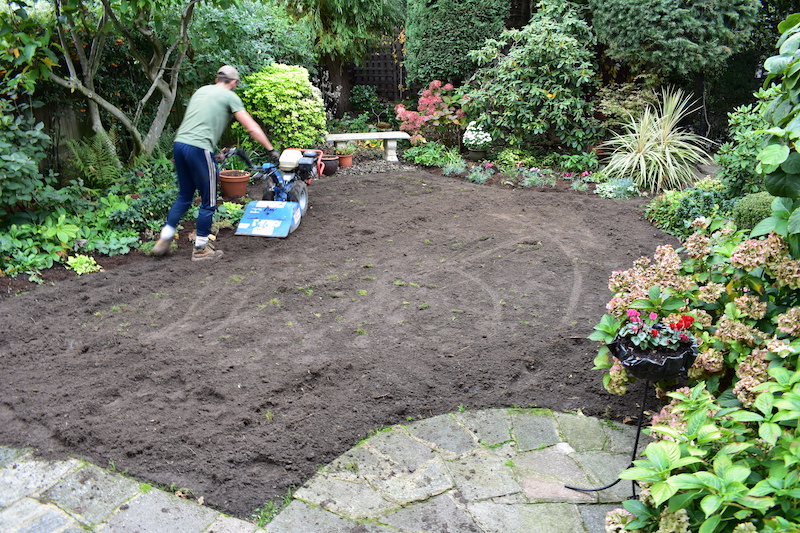 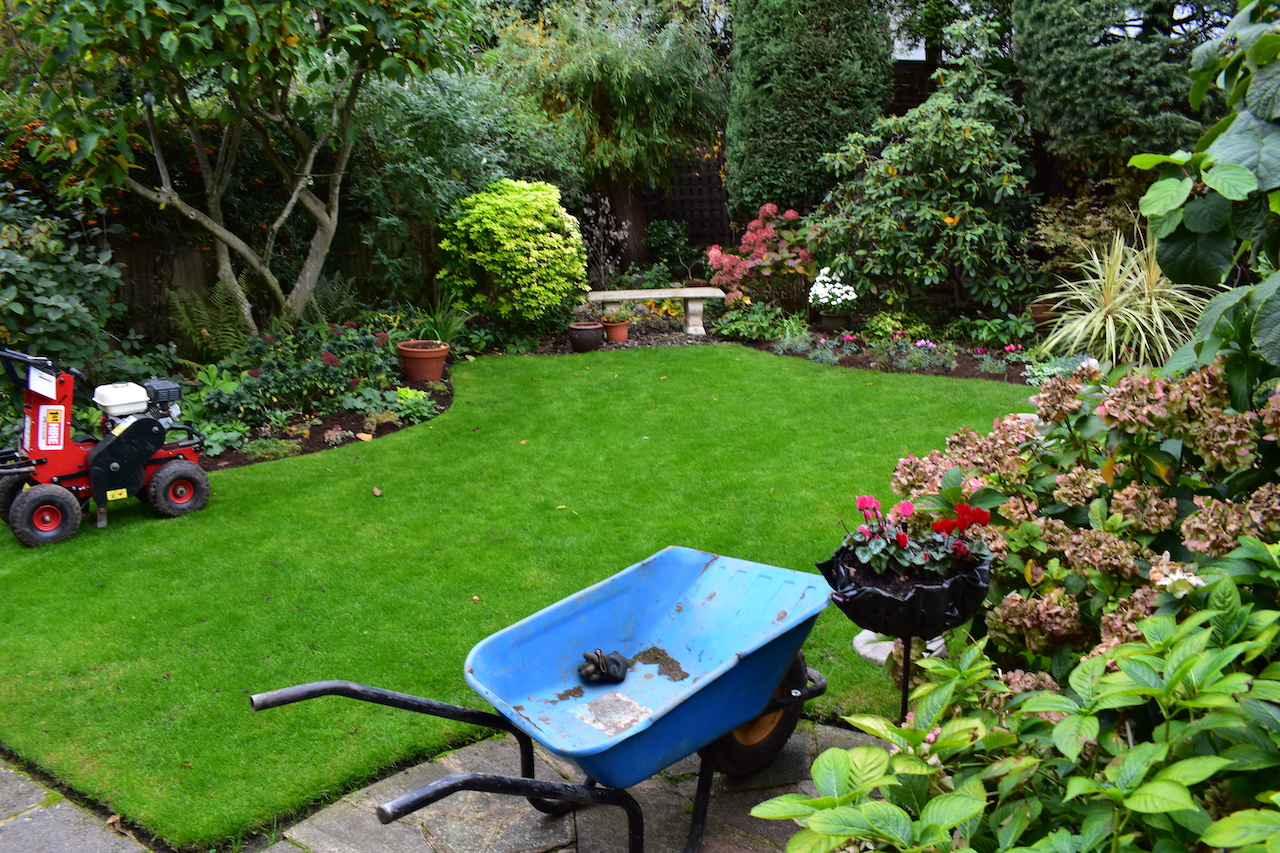 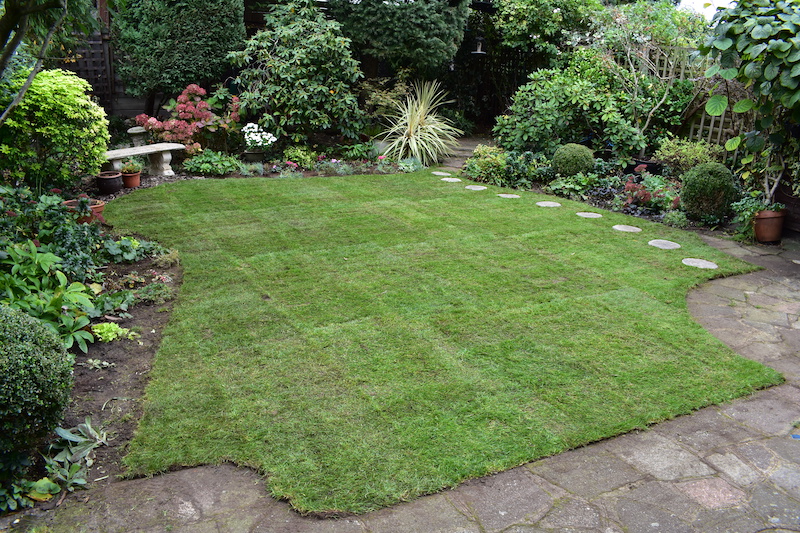 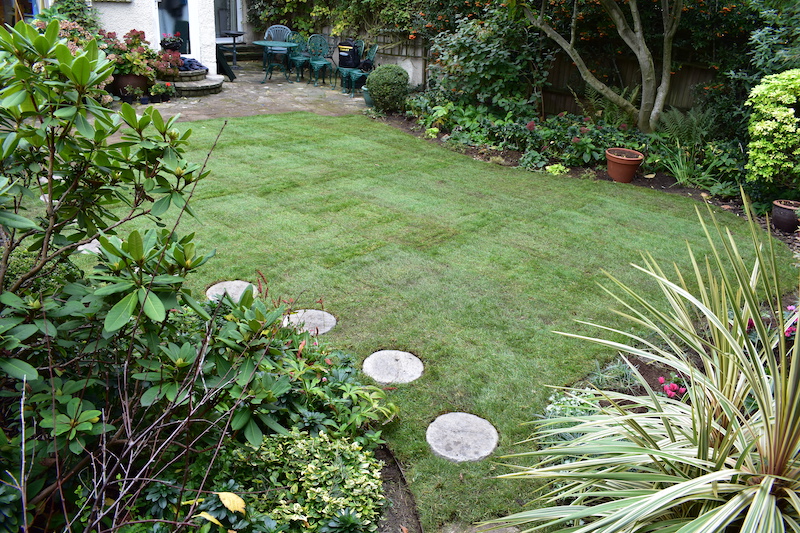 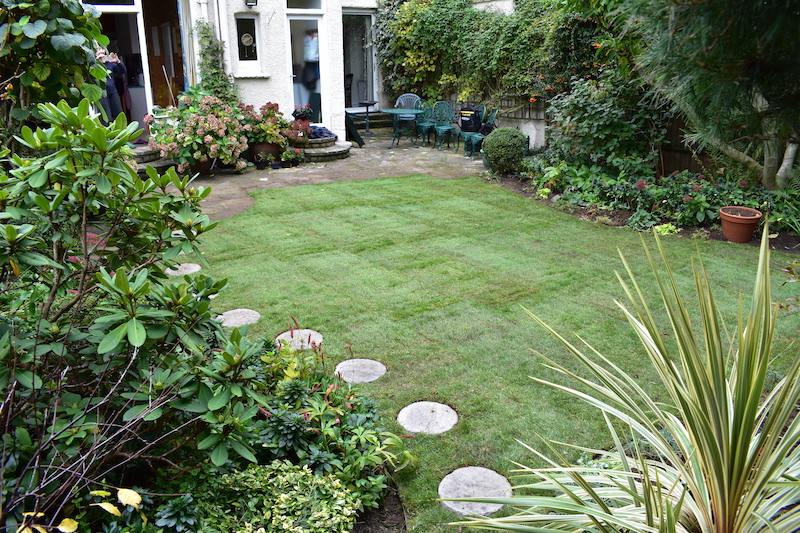 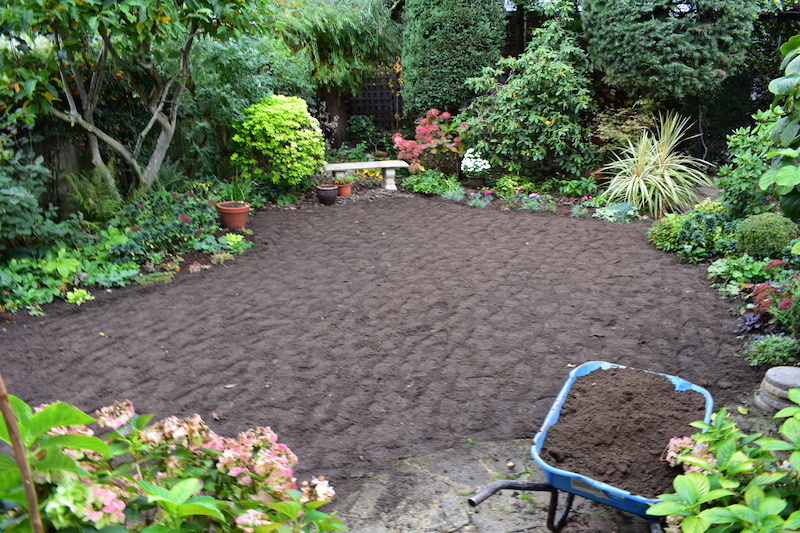 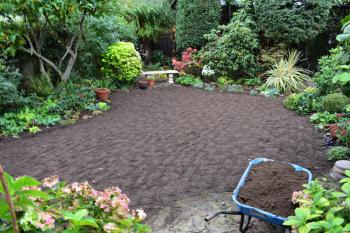 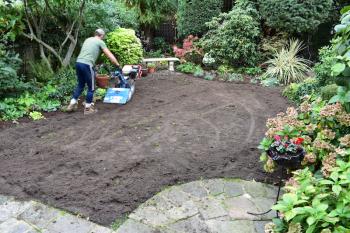 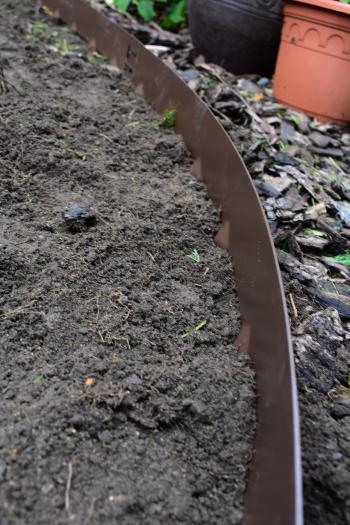 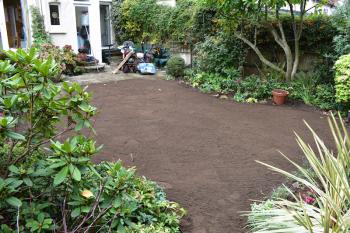 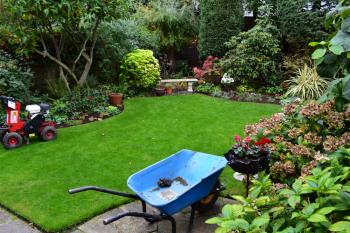 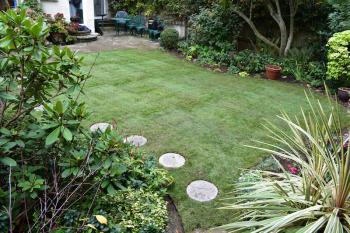 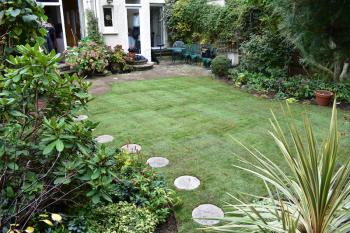 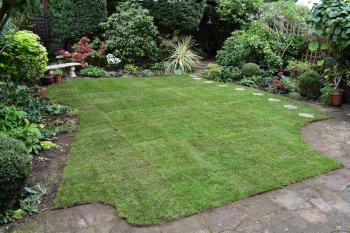