How to remove toadstools from your lawn turf 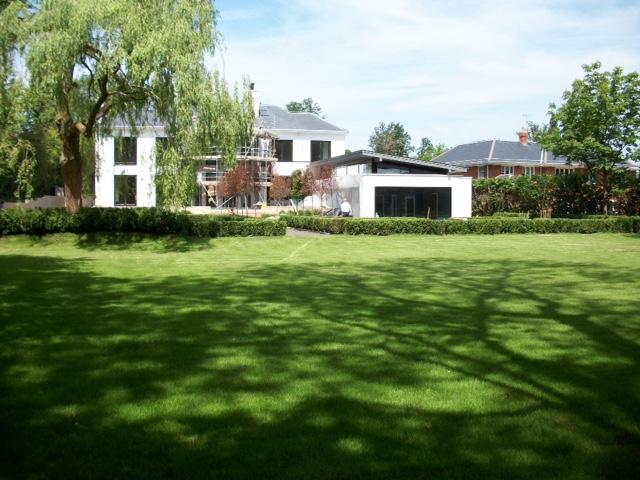 Newly-laid lawn turf looks beautiful and adds kerb appeal to any home. However, sometimes unsightly toadstools can appear overnight in your lush new lawn turf. But why is this and what can you do to get rid of them?

What are toadstools and how did they end up in your new lawn turf?

Toadstools are the fruit of a genus of fungi called basidiomycetes. The main part of the fungus is hidden underground where it feeds on decaying plant material.

Toadstools spread through the dispersal of spores. When new turf is laid, the soil on which it is sited may contain buried organic matter, including fungal spores. When the soil is disturbed, the spores are released and toadstools appear when the right climatic conditions are present, often during the autumn months when the weather is humid and damp.

The toadstools often grow in a circle, earning them the nickname, ‘fairy rings’.

Are toadstools harmful for your lawn turf?

If toadstools appear in your new lawn, don’t panic! Fungus is not a lawn disease, in fact toadstools can form a valuable part of the lawn’s ecosystem, breaking down dead vegetation and releasing nutrients that will feed your new turf and promote its growth.

There are many different species of toadstools that may appear in your lawn. Most are not poisonous to pets or children, but it’s sensible to remove any that do pop up, just in case they are accidentally consumed.

How do you get rid of toadstools from your lawn turf?

Since toadstools are fuelled by dead and decaying plant matter, they will die out naturally if their food supply is removed or becomes depleted. They do not usually reappear once your lawn has settled down and become established, and there’s no need to use chemical products on your grass to kill them.

Toadstools need damp conditions in which to thrive as their composition is primarily of water. An easy way of removing toadstools from your lawn is to simply brush them with a very stiff brush or besom broom, and then allow the sun’s heat to dry them out. You can take measures to prevent toadstools from growing by removing grass clippings after you’ve mown your lawn. This takes away a ready supply of nutrients that the fungus could use as a food source.

A flush of toadstools in your newly-laid turf should not be a cause for concern. The toadstools should disappear naturally, or you can give them a helping hand by brushing them up.

For more advice on caring for your new lawn turf, contact the helpful team at London Lawn Turf.